The dark side of intellectual property 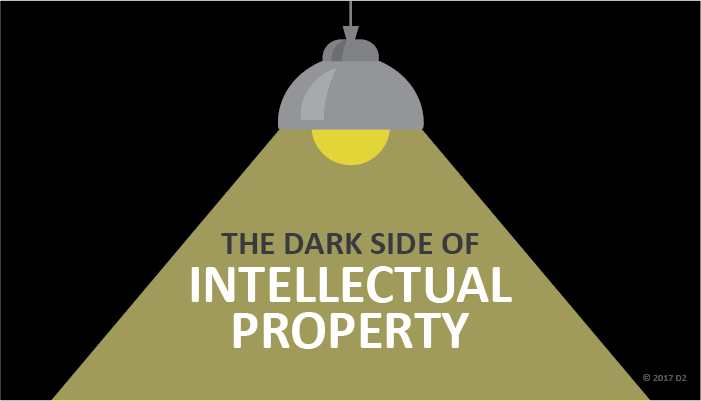 April 26th is World Intellectual Property Day! It is a day for celebrating the creators. It is a day for encouraging the innovators. In addition, it needs to be a day for reflection by business strategists and government policy makers.

Innovation is spreading around the globe like wild fire. Technology is enabling nearly everyone to participate and create. And intellectual property provides the means for each company and person to protect their innovations.

Worldwide innovations are improving many aspects of our lives. Today’s inventions are making us safer while letting us to boldly try new things. They are making individuals more comfortable while disrupting entire industries. Innovation is tearing down borders by connecting us across the globe like never before, while at the same time allowing the individual to protect ideas and get unprecedented access to funding. Innovation today fosters a mindset that problems can be turned into opportunities. And opportunities can be turned into profits. The skies are blue and show no limit to what we can do. (For a quick look at the profit possibilities see my earlier LinkedIn article “Profit From Change”)

Unfortunately, there are dark clouds over the American intellectual property landscape. This darkness arises from fear. Good innovation requires change. Great innovation causes disruption. People, companies, entire industries, and even governments can fear change. They can fiercely fight disruption. There is a natural desire to cling to and protect a past that brought success.

Over the last few decades the U.S. has moved away from a manufacturing economy. The promise of continued U.S. world leadership has been pinned on the idea that we will be innovation leaders. There is a belief that innovation is part of the American DNA. And because of that, our innovative spirit will cause the creation of entire new and unforeseen industries.

This is not a far-fetched notion. Our recent history is filled with extraordinary examples. Consider the personal computer, the internet, smart phones, and apps. Even more recently we have social media, ride-sharing services such as Uber and Lyft, and the online worldwide hospitality marketplace Airbnb, not to mention numerous tremendous breakthroughs in healthcare.

These innovative services have indeed created whole new industries. They’ve done it by providing connections to the wider community, by improving utilization of existing resources, and by providing consumers with an overall better experience. In each case, these businesses also have disrupted existing well-established industries.

Disruption provides opportunities, but it also creates fear. The taxi cab and hotel industries are fighting hard to keep the sharing culture out of the mainstream. Some cities have archaic laws on the books that ban such services. Others, due to heavy lobbying pressure, have even enacted new laws to block or severely restrict these services. Finally, since many of these innovative services don’t fit into a predefined tax bucket, regulators strive to block them.

A couple of years ago DISH introduced a personal video device at CES. This device would record programming and allow the elimination of commercials after a 24-hour period. Broadcasters used the court system to block the sale of this product. CBS went so far as to overturn the decision of its own CNET editors and prevented the product from receiving the CES Best of Show award. Word on the street was that CBS even banned CNET from giving emerging competitive technologies any positive reviews. (See Gary Shapiro’s Forbes article “Does the Government Hurt Innovation?”)

Beyond the business battles, the legal landscape is changing for U.S. patents as well. With innovation as the cornerstone of American economic growth, you would be correct to assume that the U.S. was the most patent-friendly jurisdiction in the world. But that is true no longer. According to the 2017 Index rankings, the innovation economies of the UK, Japan, and the EU have moved closer to the U.S. than ever before. Why is this happening? One reason is that in 2017 the U.S. dropped to 10th overall on the issue of patents. This ranking is behind Spain, Italy, and Singapore and tied the U.S. with Hungary. (U.S. tumbles to 10th)

David Hirschmann, CEO of the Global Intellectual Property Center, says in “The Roots of Innovation”  2017 report that “the Index clearly shows that countries of every region, size, and income level are increasingly investing in IP infrastructure as a tool for development, a stimulus for jobs and economic growth, and a catalyst for domestic innovation and creativity.”

Unfortunately, the U.S. response to these encroaching economies has not been to double down the innovation support efforts, but rather to shoot itself in the foot in regards to intellectual property. Not just with one bullet, but multiple.

The first bullet was shot by the Supreme Court. In the case Mayo vs. Prometheus, SCOTUS ruled that Mayo infringed on Prometheus’ patents. Unfortunately, by additionally ruling that Prometheus’ issued patents were not valid, SCOTUS usurped the authority of the U.S. Patent Office who had previously awarded Prometheus the patents. This ruling created new uncertainty around patent eligibility and caused damage to the U.S. patent system. It weakened the ability of U.S. companies to protect their intellectual property and made it easier for certain other countries to enter (infringe) on innovations in medicine, biotech, genetics, and software.

Another bullet was shot by the United States Patent & Trademark Office’s (USPTO) inability to solve the problem of patent trolls in the U.S. Making matters worse, the industry can’t even agree on a solid working definition of a patent troll.

One loosely accepted definition of a patent troll is a nonworking entity (meaning they sell no product or service) looking only to make money via law suits on infringing companies. However, others contend that any entity willing to go to court to protect their intellectual property is a troll. At the extreme, there is even a contingent of players in the industry that view all patent owners as trolls when they choose the licensing business model.

You can’t solve a problem that you can’t even define it. I attended the “How to Fix Patents” session at the 2017 International CES earlier this year. It was a star-studded cast of government officials. Michelle K. Lee, the head of the USPTO, chaired the session. Congressman Darrell Issa, Chairman of the Subcommittee on Courts, Intellectual Property, and the Internet, made a surprise speaking appearance. While everyone agreed patent trolls need to be stopped, getting to effective reform is a ways off. Experts do not even agree on what the definition of a troll is, as evidenced by Congressman Issa concluding the session by claiming IBM is our biggest patent troll.

The U.S. vs China Battle Front

Historically China has been seen as copycat central when viewed through the lens of U.S. companies. The Chinese intellectual property laws were different from the U.S. Making matters even more difficult, culturally, an act of copying was viewed as a form of flattery in China.

In the early 2000s, a major U.S. lawn and garden product company was approached by a Chinese contingent. They had a lawn mower engine deck they wanted to sell to the U.S. company at 20% cheaper than the U.S. company could even produce it themselves. The U.S. team saw that the Chinese mower deck was an exact copy of their product, right down to a flaw in the intake port. When approached with this news, the Chinese contingent was unapologetic. In fact they admitted it was a copy. They were more focused on selling their manufacturing service. The copy of the design was merely a vehicle to help fill their factories. The U.S. company rejected the offer. The Chinese contingent later sold that mower deck in other parts of the world.

In the past, the only way to stop such violations of U.S. law was at the U.S. borders (or at the borders of U.S. partnering nations) with our customs officials. We cannot stop sales in China or other China-friendly nations.

Currently, two things are changing. The Chinese are making the move to be a bigger player on the global stage. This will require them to start to adopt globally accepted rules. The second change is the movement of a huge number of Chinese people from poverty into the middle class. This mass of people with newfound wealth has increased the demand for goods and services. This demand has placed pressure on the Chinese producers and has opened a market for copying and undercutting the costs of their products. Because of this, laws and culture are changing.

At the 2016 Fall Hong Kong Electronics Fair, I saw signs everywhere informing people that no photography was allowed. It was a blunt attempt at stopping the copying culture. In addition, manufacturers told me in no uncertain terms that all products had patents pending.

These patent pending efforts are a real-world sign that China is creating a robust intellectual property system. Another indicator is the massive number of patent applications that are entering the Chinese system. Given the global aspirations, and the internal economic pressures, it is clear that Chinese officials see the value in aligning with global IP rules. But the culture will not change overnight.

Bringing it back home

Given business battles, legal problems, and transcontinental trade conflicts, you might think it would be easier to just forget the whole IP route. To do so might be easier, but it would be both short sighted and unpatriotic on your part.

Short sighted, because I believe that we are in the midst of massive changes happening worldwide. A furor for innovation has already started. A comparison could be made to The Great Oklahoma Land Rush of 1893. The gun has sounded. People are racing to stake their claim. (Intellectual) Property needs to be seized and claimed, or you could be cut out through many generations of products.

Unpatriotic, because if enough companies take the “easy road” and don’t fight to continue to create intellectual properties, this the entire country will suffer. Innovation that is claimed and protected by U.S. companies will be one of the key contributors to the innovation revolution and American economic strength for the coming century.

What can you do?

Your industry is changing right now. Problems are arising that you have likely not even considered in the past. You can view the problems as doom and try to cling to the past. Or, you can see that with every problem comes an opportunity. With every technology, there are multiple uses. The key is first to pick and then to drive the right ones for your business. You can do that through a five-step process:

Don’t cling to the past in fear. Taking these five steps will help you navigate through the dark side of intellectual property. It will give you a leg up on your competition, and it will play a strong part in preparing your company for a bright future.

Why FAQs are worth considering

A new wave of phishing attacks

Menu
Linkedin Youtube Twitter
D2 was born in 2004 with little backing,
lots of know-how, and a fearless focus
on providing great customer service. 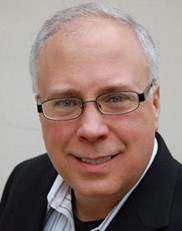